Manhattan (/mænˈhætən, mən-/), often referred to locally as the City,[1] is the most densely populated of the five boroughs of New York City and its economic and administrative center, cultural identifier,[5] and historical birthplace.[6] The borough is coextensive with New York County, one of the original counties of the U.S. state of New York. The borough consists mostly of Manhattan Island, bounded by the Hudson, East, and Harlem rivers; several small adjacent islands; and Marble Hill, a small neighborhood now on the U.S. mainland, physically connected to the Bronx and separated from the rest of Manhattan by the Harlem River. Manhattan Island is divided into three informally bounded components, each aligned with the borough’s long axis: Lower, Midtown, and Upper Manhattan.

While it’s too soon to call it a full-fledged neo-Renaissance, Harlem is unquestionably happening. Buoyed by an influx of former downtowners and emboldened by a tradition of culture and creativity, the neighborhood is chockablock with new high-end shops, restaurants, music halls, lounges and even a luxury hotel. It’s all part of the quarter’s ongoing effort to establish itself as a must-visit Manhattan destination, even while it retains its distinctive character. Harlem may still be beloved for its hundreds of churches, elegant row houses, unexpected parks and tiny home-cooking joints, but there’s another side of the neighborhood in the making these days: sleek, chic and sophisticated. It’s Manhattan at its colorful best.

Riverdale is a charming, diverse neighborhood in the far west Bronx with a great mix of high rises sprinkled among single family homes, that is very popular with everyone, from young professionals and retirees to families and it has become a mecca for singles. The community has a small town feel with many parks, shops, boutiques, trendy restaurants, gyms, spas, tennis clubs and excellent schools, both private and public.

All ethnic , religious groups , as well as the Gay, Lesbian and Transgender community find a comfortable home here. Occupations run the gamut from teachers to opera singers, financial professionals to lawyers, UN diplomats to journalists, and everything in between. Educational choices are as varied as the residence choices with private schools such as Horace Mann, Ethical Culture, Fieldston, Riverdale Country and public schools from pre-K through High School. Manhattan College and Mount St Vincent are also located in Riverdale.

There are parks galore for children and the adult community, in addition to the 1,000+ acre Van Cortlandt Park and the Riverdale Equestrian Center where you can take lessons or ride miles of tranquil trails that leave you forgetting you are only fifteen minutes to midtown Manhattan.

Wave Hill, a giant estate from the 1880’s, is a popular attraction overlooking the Hudson River, with lovely grounds to walk, relax, have lunch in the restaurant, take free classes, enjoy concerts and demonstrations of all types. It also has a terrific art program for young children. Artists often set up their easels and paint the Hudson River views and landscape.
Fieldston, one of the oldest private residential communities has its own security force that consists of more than 200 luxurious single family homes often dating back to the end of the 19th century and the beginning of the 20th century, is a hidden gem within Riverdale’s borders.

Transportation is easily accessible with bus stops for the Metro North Jitney, MTA Local and Express buses to the east side, west side and financial district.

All of which contributes to Riverdale being a terrific place to live.

Brooklyn (/ˈbrʊklɪn/) is the most populous borough of New York City, with an estimated 2,648,771 residents in 2017.[1] Named after the Dutch village of Breukelen, it borders the borough of Queens at the western end of Long Island. Brooklyn has several bridge and tunnel connections to the borough of Manhattan across the East River, and the Verrazzano-Narrows Bridge connects it with Staten Island. Since 1896, Brooklyn has been coterminous with Kings County, the most populous county in the U.S. state of New York and the second-most densely populated county in the United States, after New York County (which is coextensive with the borough of Manhattan).[3]

With a land area of 71 square miles (180 km2) and water area of 26 square miles (67 km2), Kings County is New York state’s fourth-smallest county by land area and third-smallest by total area, though it is the second-largest among the city’s five boroughs.[4] Today, if each borough were ranked as a city, Brooklyn would rank as the third-most populous in the U.S., after Los Angeles and Chicago.

Brooklyn was an independent incorporated city (and previously an authorized village and town within the provisions of the New York State Constitution) until January 1, 1898, when, after a long political campaign and public relations battle during the 1890s, according to the new Municipal Charter of “Greater New York”, Brooklyn was consolidated with the other cities, boroughs, and counties to form the modern City of New York, surrounding the Upper New York Bay with five constituent boroughs. The borough continues, however, to maintain a distinct culture. Many Brooklyn neighborhoods are ethnic enclaves. Brooklyn’s official motto, displayed on the Borough seal and flag, is Eendraght Maeckt Maght, which translates from early modern Dutch as “Unity makes strength“.

This is an exceptional traditional three story Brownstone building that was built in 1920. It is located in Central Harlem and has served as a Church in this community since 1986. The building has been well maintained and it has Central Air conditioning and Heat throughout. It is set back, gated, has a store front window and a patio in the front. T 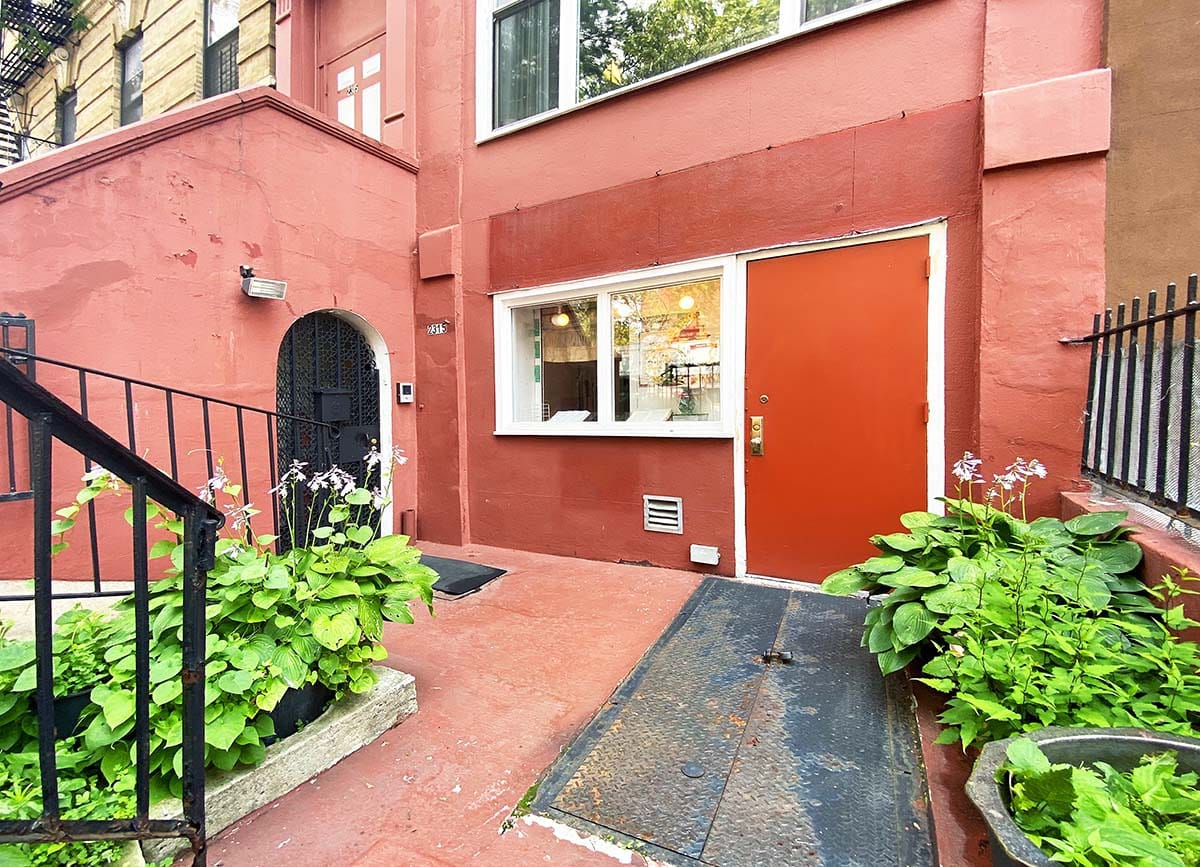 Floyd Wickman CSP, CPAE, NSA Hall of Fame
(Named by NAR and Realtor magazine as one of the 25 most influential people in real estate